The Gentlemen of the College were founded in the spring of 1990 by several students who held a common passion for barbershop music. While the original group only focused on barbershop quartet singing, its current repertoire includes everything from motown to alternative rock. Throughout their musical evolution, the Gentlemen have maintained tight vocal harmonies and blending in the tradition of older glee club groups. As the oldest all-male group at the College, the Gentlemen sing with an emphasis on a complete show including humorous skits and a dynamic stage presence. The group is known for their distinctive stage uniforms of blue blazers and silly ties.

Over the last two decades, the Gentlemen have performed at many notable venues, including the White House, the United States Capitol, the National Constitution Center, the Waldorf Astoria and the Greenbrier Hotel. The group has entertained dignitaries and politicians from the Governor of Virginia to the Queen of England and appeared on television shows like "The Price is Right" and ABC News "Good Morning Charleston".

During the school year, the Gentlemen sing for a variety of philanthropic events and celebrations. In addition to their concerts and gigs, the Gentlemen take annual tours each Spring. Tours have taken the group overseas to the Bahamas, Hawaii, Costa Rica, Puerto Rico, as well as all over the continental United States.

The Gentlemen hold auditions at the beginning of each semester, and the group is usually made up of between ten and fifteen singers. 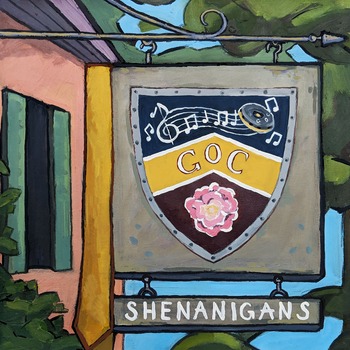