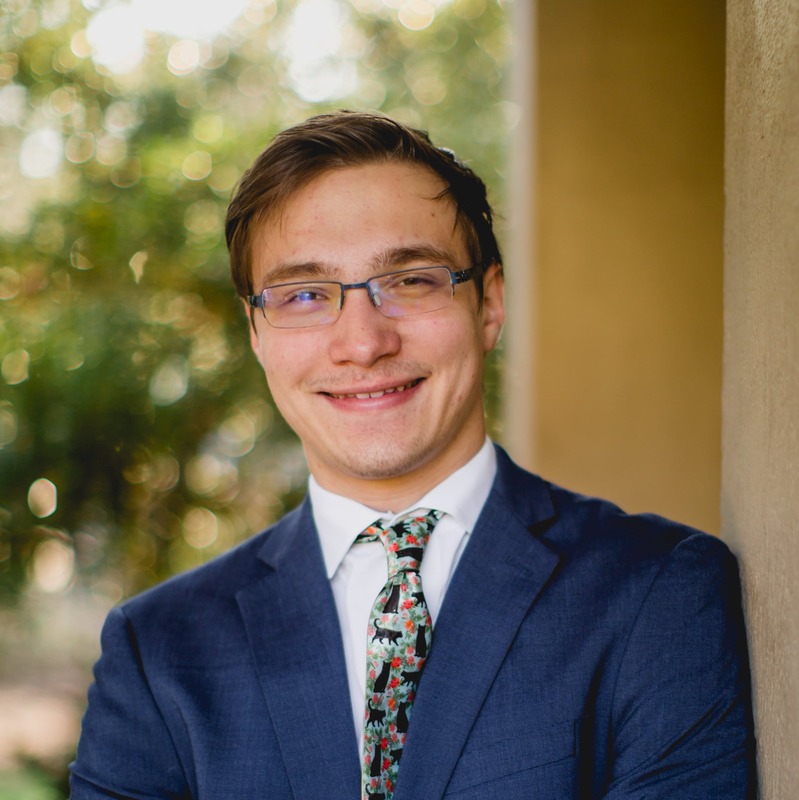 John is a member of the Class of 2021 double-majoring in Public Policy & Geography. He's been singing from an early age, but didn’t take formal classes until his junior year of high school. He eventually participated in the district and all-state choirs and was also part of his high school band program - he still occasionally plays the alto sax! He was a very knotty child growing up as he participated in Boy Scouts, eventually reaching the rank of Eagle. He also recently spent a summer working as a backpacking guide in New Mexico, where he learned a ton about the outdoors, people, and leadership. John is a big Washington Nationals fan and a life goal of his is to see his team win a postseason series. It's always been a dream of his to sing in an all-male (or in his words, "bro-setting") and being part of the Gentlemen has by far exceeded his expectations.